A Writer Turns to Christ

Last month, the Chinese writer and public intellectual Ran Yunfei announced via WeChat that he had become a Christian, following in the footsteps of his wife and daughter who had come to faith earlier. The article below was originally published in and translated by Christian Times.

In 2011, the Sichuan authorities, fearing that his writing might incite subversion, detained him for six months. Upon his release, he was warned to stop advocating for political reform.

The journalist Ian Johnson interviewed Mr. Ran in 2012. The New York Review of Books published the interview under the title Learning How to Argue: An Interview with Ran Yunfei. 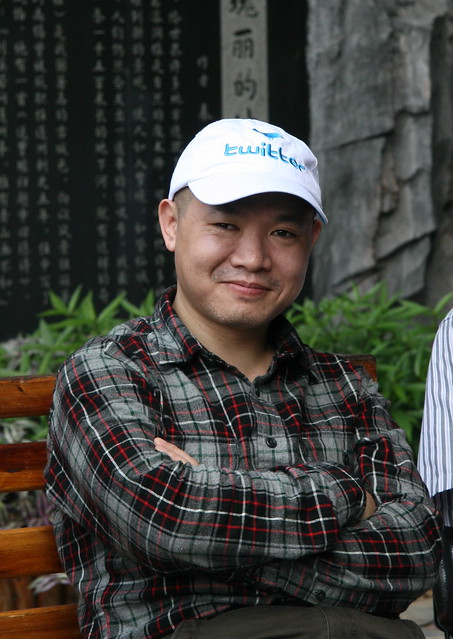 The WeChat public account, Maggie's Gift shared his conversion journey in the post "Converting to Christianity is Experiencing a Miracle." It pointed out that for those who are fascinated by the Christian spirit but still think in a rational, scientific way, giving their lives to Christ is like experiencing a miracle.

Ran Yunfei, was born in Youyang County, Chongqing in 1965, and is currently a resident of Chengdu, Sichuan province. He is a famous Chinese scholar, writer, and essayist. He was chosen as one of "2008 One Hundred Public Intellectuals." He has received many prizes and his work is included in the high school Chinese reading textbook. The media refers to him as a “folk educator.” He works for the magazine Sichuan Literature and some of his works include: Rilke, Jorge Luis Borges, and Wu Yu and His Time of the Republic of China.

Ran's Conversion Story: giving his life to Christ after 30 years of contact with Christianity, like a miracle.

According to Ran, "it's too hard for Chinese intellectuals to believe in God. The things intellectuals do most carefully and seriously are to invent various 'thoughts', 'concepts' and '-ism's, which serve as barriers to encountering God. Many scholars believe they know the secrets of heaven and the earth, but recoil from Christianity. When they hear Jesus' name, they turn away.” However, Ran has a very open mind. Although he was not a Christian, since June 8, 2013 he has opened his home for Bible classes. Called the Nicodemus Bible Class, it was held twice a month. The Bible says Nicodemus was an official and intellectual, who found it inconvenient to visit Jesus in the daytime but visited him at night.

The seekers who went to his home were men like Nicodemus, who have knowledge and long for truth, but were unwilling to go to church. He seemed like he had "no response" to the Christian faith. However, on October 31 this year, Ran wrote a short sentence on his “friends circle” page on WeChat:  "Today, I have decided to follow Jesus."

In fact, Ran’s interest in Christianity goes back more than ten years, but his attitude was still conflicted.  He expressed his conflict in a blog post titled "Why I Dare Not Be a Christian in China." He shared four points of action a Christian can make to impact Chinese ethics that were shared with him by his friend when he attended the conference, "Christianity and Chinese Ethics":

In Ran’s eyes, these are worthy goals to strive for. In reality, however, they are difficult to achieve. "I think it’s better to be a worldly sinner the rest of my life than a Christian still telling lies. But I'm unwilling to stop here, which confuses me. That’s why I say, in China, I dare not to be a Christian," he wrote in his blog.

Three months before his blog article, which was posted on Easter Sunday that year, his wife was baptized. He spoke at her baptism ceremony: "I don't believe but I support her belief; I sincerely bless her for her rebirth. Although I'm not a Christian, I can provide her the scientific logic to carry her worldly burdens so that she can serve Jesus with all her heart."

He shared that his first encounter with Christianity was 20 years before.

I have no talents and have made very slow progress. I didn’t want to come closer to God. I felt really ashamed. Until now I have had no will to believe; I don't know why. But I was more interested in Christianity than Buddhism, Islam or Daoism. Wherever I went, I'd notice anything related to Christianity. In the past 20 years, I have made lots of effort to explore Christianity but never made any substantial progress, which seemed odd to me. Maybe in my inner heart, I learned about Christianity not to be part of the faith but to learn more about its connection with western civilization. With the aim of understanding and studying Christianity seemingly a block to me, I hadn’t experienced rebirth until now.

But ten years later, he decided to follow Jesus, [a decision] which was much influenced by his own daughter's conversion. He wrote a letter to his daughter:

Last Father's Day I reminded you to have faith. At the end of last year, you converted to Christianity. I congratulate you. Therefore I won't worry about you in terms of values and moral sense. The love of the rock and living foundation surpasses my limited love for you. But I have no faith, which makes me feel your invisible pressure. As a father, I'm not even a motivated seeker, then why couldn't I follow your faith steps?

He finally gave his life to Christ. Maggie's Gift concludes,

Adapted and reposted with permission

Written by members of the ChinaSource staff.  View Full Bio

A Christian’s Experience in Detention

Brother Xu Guoyong, co-founder of Oak Tree Press in Beijing, was tragically killed in an accident in January 2016. In this excerpt from his writings he reflected on the time he spent imprisoned for his faith.

From KTV Girl to Church Planter

A testimony of God's saving grace.

5 with Hearts to Serve

Snapshots of five Christians who each has a heart for serving vulnerable people groups.

Two women addicted to heroin find hope at the Home of Abundant Grace.